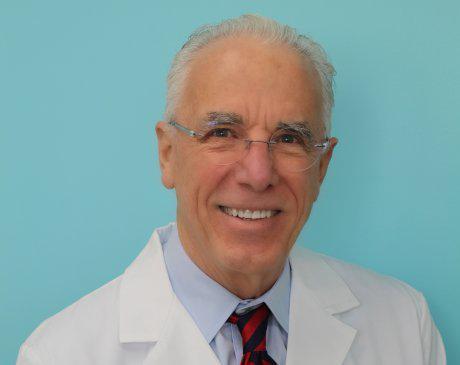 Dr. Jeffrey A. Klein is a medical and surgical dermatologist practicing in San Juan Capistrano, California, at HK Dermatology. Dr. Klein has been a practicing dermatologist for nearly 40 years and is board certified by the American Board of Dermatology (UC Irvine), the American Board of Internal Medicine (UCLA), and the American Board of Cosmetic Surgery. In addition, Dr. Klein has completed a National Institute of Health Research Fellowship in Clinical Pharmacology as well as advanced degrees in mathematics and biostatistics (UC Berkeley). Dr. Klein is a graduate of the University of California, San Francisco, (UCSF) School of Medicine. Dr. Klein is a clinical professor of Dermatology at UC Irvine. In November 2021, Dr. Klein was honored with the President's Award by the American Society of Dermatologic Surgery. The ASDS President’s Award recognizes individuals who have made significant contributions over the years to the specialty and/or ASDS. In December 2021, Dr. Klein became one of the first dermatologists to achieve certification in Micrographic Dermatologic Surgery.

Dr. Klein devotes a significant portion of his professional research activities to clinical research involving medical dermatology, tumescent drug delivery for dermatologic diseases, and the clinical pharmacology of lidocaine local anesthesia. He is currently pursuing research for treating patients with the most severe pain of acute shingles (herpes zoster) and chronic postherpetic neuralgia. He has developed a technique for painless subcutaneous injection of tumescent lidocaine acyclovir (aka ZosterRx). In patients with acute painful shingles, ZosterRx abruptly eliminates the shingles pain and arrests the progression of the rash.

Dr. Klein has made groundbreaking medical advances in the dermatologic community. Dr. Klein is the inventor of tumescent lidocaine anesthesia (TLA), which is now the worldwide standard of care for liposuction and many other plastic surgical procedures. Virtually every plastic surgeon and dermatologic surgeon uses the “Klein Solution” for large surgeries involving skin or subcutaneous fat. Dr. Klein first described the tumescent technique for liposuction at a scientific meeting in 1986 and published his result in the Journal of the American Academy of Cosmetic Surgery in 1987. Prior to 1986, all liposuction surgeries were done under general anesthesia, and were associated with significant surgical blood loss and prolonged postoperative recovery of two or more weeks.

Within a few years, tumescent liposuction became the worldwide standard of care. A Google search for: “Jeffrey Klein” Liposuction, yields more than 10,000 listings. More than 800 surgeons from around the world have traveled to San Juan Capistrano to attend Dr. Klein’s tumescent liposuction course known as Liposuction 101. Dr. Klein is active in research and teaching at the University of California, Irvine. Dr. Klein continues to perform the world’s safest and most comfortable form of liposuction with the quickest recovery and the best cosmetic results. At HK Dermatology, safety and patient comfort are Dr. Klein highest priorities.